Alisher Usmanov has made a $1.3bn (£1bn) bid for near total control of Arsenal. The Russian billionaire, who holds a 30% stake in the club, indicated to Stan Kroenke, the majority shareholder, he was willing to pay the sum to buy him out. The approach, made last month, values Arsenal at $2bn.

Yet Kroenke, who owns 67%, after gradually building up his holding since 2007, is unwilling to contemplate the deal. He remains fully committed to the club and, even though Usmanov’s offer would net him a massive profit, he is not minded to sell. Kroenke has long maintained his investment is on behalf of his family for the long term and he sees it as being for generations. 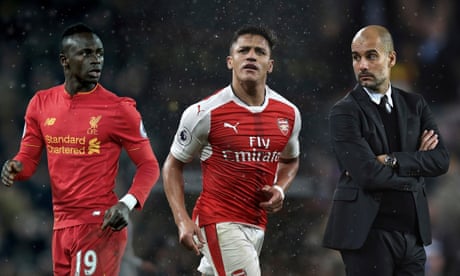 Usmanov, the metals magnate, has clashed with Kroenke over the direction of the club and he has suggested the club’s senior management has to take a firmer line. Arsenal have endured a turbulent season, in which they are likely to miss out on their traditional top-four finish, and the issue of whether the manager, Arsène Wenger, ought to continue into next season has polarised the fans.

Wenger’s contract expires in the summer and there has been no official comment on whether he will sign a new one. It is anticipated he will. Kroenke has long been a staunch supporter of Wenger.

“I do not think that the coach alone is to be blamed for what is happening,” Usmanov said last month. “Some continuity is needed. This includes the need to prepare a successor for Wenger but in a very respectful way. I can suggest that Wenger himself can prepare a successor.”

Usmanov, whose bid was first reported by the Financial Times and has been confirmed by the Guardian, has made it clear in his various public statements he wants what is best for the team and is willing to bankroll Wenger – or whoever is the manager – to the tune of mega-millions to return them to the top of the table.

Arsenal host Everton at the Emirates Stadium on Sunday in the final league game of the season more than likely needing victory, coupled with a slip by either Liverpool or Manchester City, to squeeze into the top four. As has regularly been the case, the atmosphere stands to be tense and the latest machinations behind the scenes could add to the mix.

Usmanov, who is excluded from the board, has claimed a lack of investment from Kroenke has hurt on-field results and he would love for the supporters to consider him as the potential answer.

Usmanov first acquired shares in Arsenal in 2007, when he teamed up with Farhad Moshiri to buy a 14.6% stake for £75m. Usmanov last year increased his stake to 30%, buying out Moshiri, who went on to purchase Everton. Kroenke became the majority shareholder at Arsenal in 2011.