There was little to separate Andre Ward and Sergey Kovalev after their unified light heavyweight title fight in November, but now both men will have the opportunity to produce a more definitive conclusion.

An agreement is in place for the rematch between Ward and Kovalev for the WBA, WBO and IBF light heavyweight titles to take place on 17 June at the Mandalay Bay Events Center in Las Vegas, the Guardian has learned. 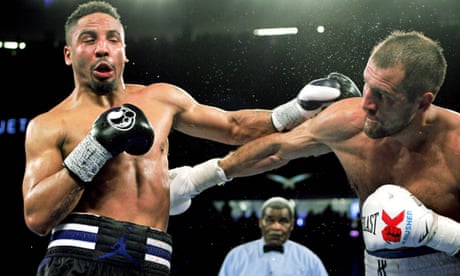 The Kovalev-Ward decision was about boxing’s fine margins, not corruption

A press release formally announcing the fight was due for release on Tuesday afternoon with a news conferences in New York City, the San Francisco bay area and Los Angeles scheduled for next week.

It is, at least by one metric, the best fight that can be made today: Ward and Kovalev are rated the two best fighters in the world, pound for pound, by Ring magazine.

Negotiations between the fighters have been ongoing since their hotly contested first showdown in November at the T-Mobile Arena in Las Vegas, where Ward survived an early knockdown before rallying during the second half of the fight to nick a narrow, controversial unanimous decision. All three judges scored it 114-113 for Ward. (The Guardian had it 115-112 to Kovalev.)

Afterwards Kovalev’s promoter, Kathy Duva, said the fighter would be exercising a clause in the fight contract that calls for an immediate rematch unless both parties agreed to forgo it.

HBO pay-per-view will carry the rematch in the United States. A decision on UK broadcast rights is to be determined.

Ward (31-0, 15 KOs), a longtime champion at 168lbs who all but cleaned out the division, went 114-5 in an extraordinary amateur career that culminated with an Olympic gold medal at the Athens Games, which remains the last time an American has topped the podium in men’s boxing.

Kovalev (31-1-1, 26 KOs), the Russian puncher nicknamed Krusher, earned $2m for November’s fight compared to Ward’s career-high $5m purse. He had made eight defenses of the WBO light heavyweight title he won from Nathan Cleverly in 2013 before suffering his first career defeat to the American.