M’Baye Niang took the iPad and, nonchalantly flicking away the action picture of a gangling teenager almost lost in the billowing red and blue first-team shirt of Stade Malherbe Caen, zoomed in upon the quote in question. He had delivered it as a 16-year-old contemplating his first full campaign in Ligue 1, a kid being interviewed as the great emerging hope of French football.

“‘You fall back much faster than you climb in this game’,” he read as if impressed by his younger self’s level-headed outlook. The semi-shrug and hint of a nod that followed served as confirmation that, almost six years on, he still agrees with the sentiment.

Scratch the surface of Niang’s story over recent seasons and those words would appear prophetic. Recruited to the academy at 13, he had become Caen’s youngest senior player at 16 years and 114 days.

In the summer of 2012 the teenager from Les Mureaux, an unforgiving industrial suburb of the Yvelinesdépartement to the west of Paris, would spend time on trial at Arsenal and Everton, listening to the contrasting sales pitches put forward by Arsène Wenger and David Moyes.

Then Adriano Galliani, the Milan vice-president, arrived on a private jet and whisked him and his family off to San Siro where, by mid-December, he would become the Rossoneri’s second youngest scorer at 17 years and 350 days.

He was already a France under-21 international by then, having bypassed three age groups to feature in qualification for the juniors’ European Championship. The forward appeared to have it all, his future rich with promise, which might make his involvement in Watford’s collision with Sunderland in the lower reaches of the Premier League on Saturday feel reflective of a slump, particularly given he had started the current Serie A campaign in Vincenzo Montella’s vibrant young team.

“But I have always lived by the principle that, whatever happens, it’s never about ‘failure’,” he said.

“It’s about learning so you can improve and return to the top. I was at a big club, playing with big players. Now I’ve come here because, obviously, I need to learn more. So I will get my head down and work like a dog. If I do that then I will return to the top level again. 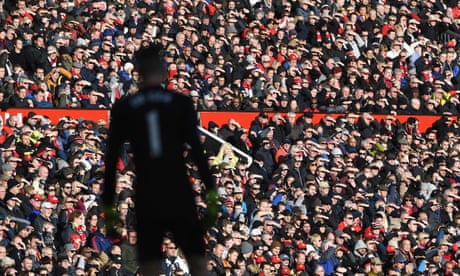 “I have real opportunities still ahead of me. If I do everything I can, I’m convinced I’ll improve and succeed. It wasn’t that my relationship with Milan broke down, but maybe I did need a change. My career needed it. We both recognised that.

“So I am here, playing in the best league in the world and enjoying a fresh challenge. That isn’t a sign of failure. I’ve joined a good club, a good team in the Premier League.

“I’m still young, and I know my objectives, my targets: play well for my club, help the team, win trophies, score lots of goals … the same targets they have always been. Now it’s about working, getting that consistency, and I hope that will allow me to find my way back to a big club. Voilà.”

Niang is honest enough not to hide that ultimate ambition of returning to the elite, despite Watford having struck a verbal agreement with Milan to make his move permanent for around £13.5m in the summer if all parties fall into line. The hope is the Hertfordshire club benefit from his reinvigoration.

Walter Mazzarri, so influential in convincing the forward to join on loan towards the end of January, had thrown him in immediately for a league match at Arsenal a few days after his arrival.

His poise, energy and work-rate on the flank that evening helped his new team secure an eye-catching victory, their first in the topflight at the north London club since 1988. There was an assist for Troy Deeney and a goal of his own, a header glanced into the top corner, on his home debut against Burnley.

His influence has been less evident since, reflecting this team’s relative toils – those wins remain their only successes in the Premier League since mid-December, leaving Watford seven points from the bottom three – but also perhaps those inconsistencies in his own game that contributed to his departure from Milan.

“People ask if the expectation was too much, but it was never a question of too much pressure,” Niang said.

“I played some very important games, and was lucky enough to score in some very important games. If you are at Milan, it’s because you deserve to be there. I’d merited that move because I’d worked at Caen. And I had the right strength of character you need at such a big club. I could cope with the limelight: I like people being interested in me, watching my games, and if you can’t cope with them scrutinising you then you have to change clubs. But that’s not why I left.

“No, this is more that I needed a fresh start. I had seasons at Milan when I played, and others when I didn’t and was out on loan at Montpellier and Genoa. They changed managers so often since I joined them [there have been six since his move to Italy in 2012] and, not wishing to make excuses, it does not make life easy for a young player if the coach is always changing. And, of course, football is all about hitting that level all the time, and I wasn’t consistent enough. Maybe that’s what counted against me most of all.”

A tally of eight league goals in 67 appearances across five seasons tells its own story, and his most productive stint was with Genoa in early 2015. A player of his lavish talent merits better.

There were also errors of judgment, and it says much that a player briefly touted as the future of the French national team had arrived at Watford more saddled by a reputation as an enfant terrible.

He has not represented France since incurring a 12-month suspension for breaking a curfew to visit a nightclub while on international duty with the under-21s in 2012, and he has been guilty of driving offences too often in Italy and back in France.

Bystanders have been injured and cars written off. The last incident, a year ago, when his car slid off the road in Legnano while he was driving to a bowling alley with a friend, led to his being ruled out for more than two months. Ice was to blame on that occasion.

Milan had welcomed him back for the final of the Coppa Italia, but were subsequently unimpressed by footage, posted on social media, of him jumping off the roof of a house into a swimming pool having only recently recovered full fitness.

“When we’re young, we all have problems,” said Niang, who acknowledged some of his own have been self‑inflicted.

“Certainly, go back two or three years, and I was still making mistakes. Silly mistakes. Mistakes which hurt me. Now I’d like to think I am a bit more mature, a bit wiser, and I understand more about life and the way things work. These days, I can fall back on my experiences to help me. I can learn from those mistakes.”

The tag of Golden Boy lies with Monaco’s prolific striker Kylian Mbappé, scourge of Manchester City who, at 18 years and 95 days became the second youngest player to represent France when introduced in a World Cup qualifying victory in Luxembourg last week.

“What advice would I give him? Look he’s a really good player, an intelligent player who knows what he is doing. But never forget your roots. Never get ahead of yourself. Pas grillé, pas grillé. But I’ve seen him play for Monaco this season and he has so much quality.”

While Mbappé blazes a trail, Niang’s own international future has yet to be determined. The opportunity remains to represent Senegal despite his involvement in the French junior ranks.

“I am ambitious and want to play at the World Cup, and I have a little idea in the back of my mind as to what I want to do. It’s not a secret. It’s just I want to take my time to make sure the decision is right before I announce it.”

Making an impact at Watford, to ease Mazzarri’s team away from the scrap at the foot of the table, is his more immediate objective. Niang described the chance to play in the Premier League as “a dream” and, settled in central London with his fiancée Emilie Fiorelli – winner of the French reality television show Secret Story 9, which ensures Niang is splashed as often on the gossip as sports pages back home – he recognises there is life after Milan.
“It’s still early to say I feel ‘at home’ here, I’ve only just arrived, but I’d like to stay in England,” he said.
“It’s a style of football that I adore. You need to be strong to do well here, and I have that. I’m all about strength, pace, skill, taking people on.

“I’m getting there. I’m learning the language… ‘quickly, quickly’… ‘On Saturday I score goals’… and working. Working. I can do that freely here, enjoying my football, playing regularly, learning. I know I was at Milan, but sometimes you have to take a step down to come back stronger.”

That represents a tweak to the mantra from six years ago. Times have changed but, at 22, Niang still has plenty he can achieve.