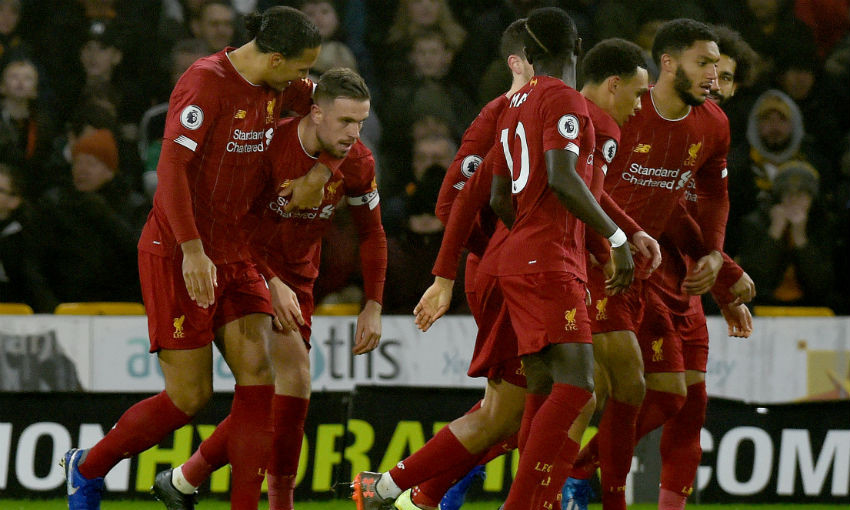 The Reds restored their 16-point lead at the top of the Premier League thanks to Roberto Firmino’s 84th-minute winner at Molineux.

Raul Jimenez brought the hosts back level early in the second half after Henderson had opened the scoring in minute eight of the contest.

Reacting to the win, the Liverpool captain told BT Sport: “You know it’s going to be difficult here as we’ve seen over the season. They’re a good team, they make you work.

“[It was an] intense game. We knew it’d be difficult but we knew to keep going, keep fighting. We defended really well, the big man and the back four were brilliant again, the ‘keeper.

“We had some chances as well to put the game to bed, which I keep saying over the last couple of weeks, so that’s something that we want to improve on and kill the game off earlier.

“But [we] showed mentality again to keep going and finding that winning goal.”

Van Dijk, too, was left extremely satisfied by picking up three points against Nuno Espirito Santo’s seventh-place side.

“First of all, you need to give them credit,” the No.4 said.

“They played good, they have good players, they’re difficult to break down. In the second half they came at us more, creating more moments of danger.

“We had to dig deep, we had to fight – that’s something we can do as well.

“Obviously we’re not happy about the goal conceded but how we reacted on that is a good thing. We know we’re always going to have chances. Great three points.”

The result saw Liverpool extend their unbeaten run in the top flight to 40 matches, becoming only the fifth team in English Football League history to achieve such a feat.

However, Henderson once again insisted the squad remain solely focussed on the upcoming challenge, rather than records and their lead at the summit.

“You’re probably bored of me saying it, but it’s just about the next game,” the midfielder added.

“We want to keep going.

“Every game is the biggest game of the season – as the manager keeps saying to us. We’ve got the FA Cup on the weekend now, so we need to prepare for that.

“But we just want to keep going, give everything like we always do and keep building on what we’ve achieved so far.”