Serbia are far less of an exotic opponent to British teams than they ever used to be, with six of their squad to faces Wales on Saturday currently playing in England, and three of them having done so before in their careers.

However, Serbia’s major threat at the Millennium Stadium, this afternoon, is a man who still plays in Germany, but has attracted Premier League attention and is likely to be here soon enough: Filip Kostic.

It is arguable that Serbia are one of the great underachievers in European football. Not because of their size ( it is a country of only 7million people) but because of the volume and quality of footballers they produce.

They are brilliant at youth level, winning the 2015 Under-20 World Cup and the 2013 European Under-19 Championship. But since Euro 2000, their last tournament as Yugoslavia, they have only qualified for two tournaments, the 2006 and 2010 World Cups, and none of the last three.

That is set to change this time, under experienced new coach Slavoljub Muslin, who has bonded the players together in a 3-4-3 that will cause Chris Coleman’s own 3-5-2 problems tomorrow.

His front three has Dusan Tadic on the right and Aleksandar Mitrovic through the middle, but it is the man on the left, Kostic, who has been playing the best football recently. 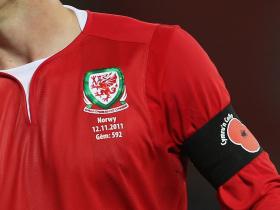 Kostic is a good old-fashioned winger, who has been brilliant on the left since joining Hamburg from Stuttgart this summer.

He is fast, able to beat a man, and will cause serious problems between Chris Gunter and James Chester on Saturday afternoon.

He is also, like Tadic on the opposite side, a brilliant crosser, whose delivery to Mitrovic could be Serbia’s best weapon.

Kostic, Mitrovic and Tadic have scored seven of Serbia’s eight goals between them so far, and can claim to be one of the best front-lines in European football right now.

Having beaten Austria 3-2 in Belgrade, Serbia are now top of Group D and looking like favourites to be in Russia in 2018. 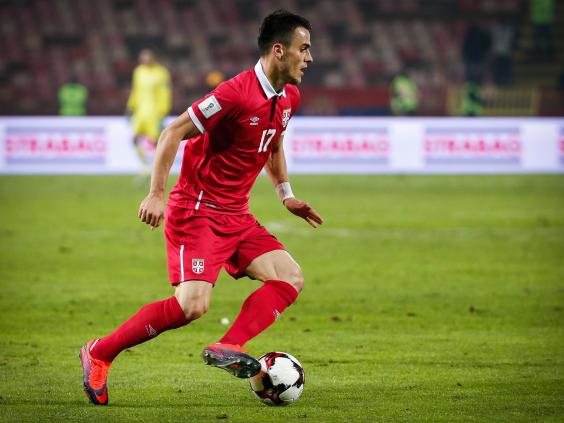 Kostic is wanted by both Tottenham and Liverpool

The careers of Kostic and Tadic, then, are well connected, but they have been for years.

Tadic left Serbia in 2010 to sign for Dutch side Groningen, because he did not want to leave his beloved Vojvodina for one of the big Belgrade sides.

After two good years at Groningen – a club with a very good eye for a player – he was sold for a profit to Steve McClaren’s FC Twente.

So, Groningen went back to Serbia for his replacement, finding 19-year-old Kostic playing for Radnicki 1923. 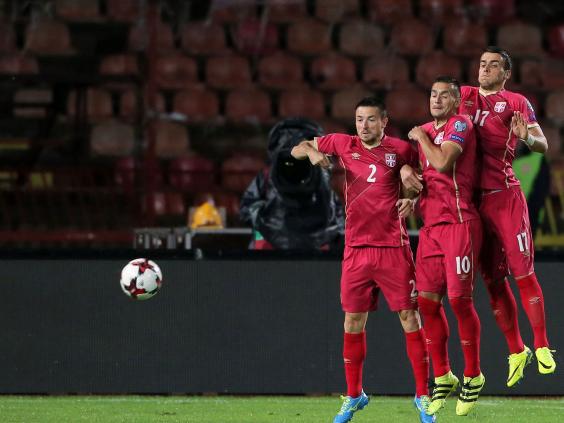 Kostic needed one year at Groningen to settle, but in his second year he did just as Tadic did. After that he was off to Germany, to play for Stuttgart. They were fighting against relegation but Kostic impressed, not just with his pace and skill but with the physical strength to scrap with defenders.

It was last year, then, that English teams took note of Kostic. Liverpool and Tottenham watched him last year but the team who wanted him most was Hamburg, making him their record signing at £12million. 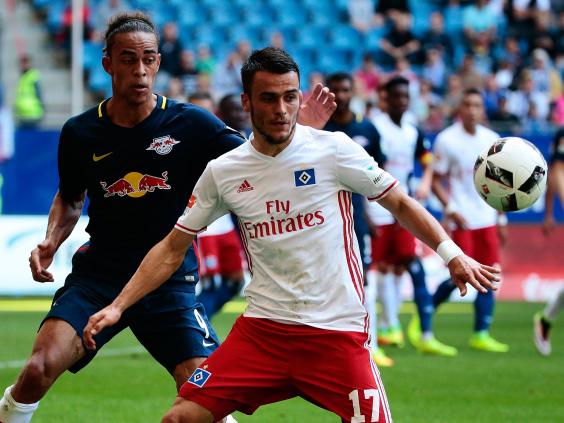 Kostic has been billed as Serbia’s next big thing

So when Kostic takes the field, Saturday, he will still be unknown to most people in Cardiff. But if continues his form, for Hamburg and Serbia, he is likely to be a household name in Britain soon enough.