ESPN analyst Max Kellerman broke down some of his thoughts regarding Andy Ruiz’s big shocker from June 1, when the once-beaten heavyweight stopped Anthony Joshua in the seventh round to capture the WBA, IBO, WBO, IBF heavyweight titles.

Before a stunned crowd at the Madison Square Garden in New York City, Ruiz got off the floor to score four knockdowns of his own – leading the way for a stoppage in the seventh.

“You know who has a deep amateur background, who has been boxing since he was a kid? Tyson Fury, and he’s the lineal champ. Andy Ruiz just showed the division is more wide open than people realised, it’s even better than people realised. And when you get upsets like this … it’s not a problem — we now have a new, colourful character, who can really fight in Andy Ruiz.” 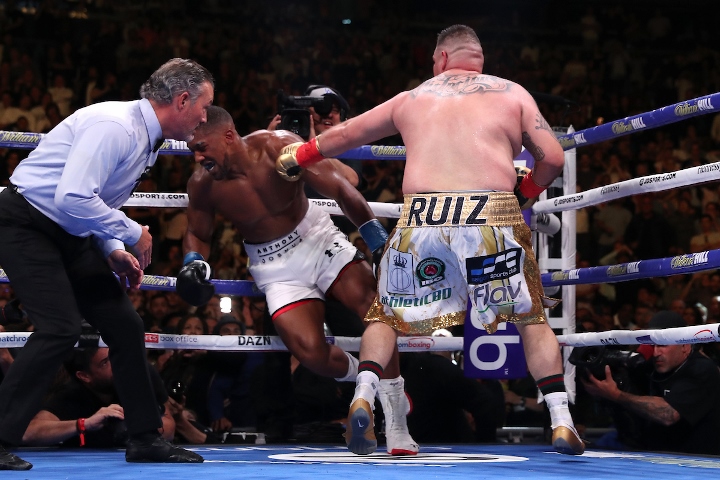 Kellerman believes the difference in experience, on an amateur and pro level, could have been a difference maker when Joshua and Ruiz were dealing with adversity in their fight.

“If you get a guy … with deep amateur background, the muscle memory, if he’s been boxing since he’s a kid, [it] is different than a guy who picked up the sport at 18 like Anthony Joshua,” Kellerman said. “Or by the way, when he was 20 like Deontay Wilder.”

“ … I’ve seen this in boxing often. A big, good athlete hurts the boxer, hurts the guy with the deep background, with the boxing muscle memory. Then he gets into an exchange with him, but in the exchange, the guy with the muscle memory, who has been doing it since he was a little kid, the punches are coming more to the point, easier, with less thought behind it.

“And that’s what happened. Joshua, the athlete, knocked Andy Ruiz down with a giant left hook, hit Ruiz, hurt him again, hurt him again, but Ruiz has a championship mettle, fired back and in those exchanges, the guy with the deeper background, with the muscle memory won.”