Will America too boo Gatlin?

Before we begin in semi-earnest, a word on “serving one’s time” in the athletics ban sense of the term. I am all for doing one’s time and that being an end to it, but it does seem worth acknowledging what this means in any other place of work.

Say you worked at a building society, and were eventually discovered to have been cheating it out of funds, not to mention stealing from your colleagues’ wallets too. You’re out, you’re disgraced, you “do your time”, whatever form that may take. And at that point, your debt to society is paid and you should of course be allowed to get on with life. However, no one seriously expects the building society to have to welcome you back to your old job. And if it were somehow obligated to do so, not too many of us would begrudge the other employees – or the customers – their pursed lips. Or, indeed, their boos. 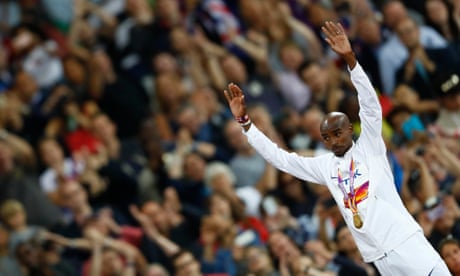 And so to Justin Gatlin, whose victory in the 100m at the London Stadium on Saturday has inevitably been marked by various people who watch athletics once every two years explaining that you can actually learn a lot from poor old Justin.

Perhaps, but why would you want to? I mean, I’m trying to watch some athletics here. I’ve written before about the modern mania for all sport to be a learning experience, as opposed something to be enjoyed in purely sporting terms.

Call me old fashioned, but I don’t really want to “learn” anything when I’m watching the 100m final. I’d far rather see amazing athletics I can actually believe in, and leave the prodigal son cobblers for religious education class. (Which I am pleased to no longer have to take).

“Learning” from Justin Gatlin, or whoever it is next time, is sport for people who don’t actually like sport. I can’t help feeling that if they had their way, we’d eventually find phonelines flashed up on the screen during competitions. Have you been affected by any of the issues raised in this 100m final?

Still, to hear the boos ring out around the London Stadium as Gatlin won was to be reminded of how lucky we are that British athletes don’t cheat.

Historically, this sceptred isle has been a place where athletes can get really good as they approach their mid-30s – a place where even people suffering from asthma or other performance unenhancing ailments can, with the right medication, realise their potential as champions.

The questions that have dogged two of Britain’s most recently ennobled sports stars – Sir Bradley Wiggins and Sir Mo Farah – have been discounted by many of the most ardent home fans of the sports they represent. And we must hope this fundamental belief in our own probity is permitted to continue, because you have to wonder if Britain could take the alternative, at this most delicate stage in its post-imperial journey.

Increasingly, though, I find myself gripped by a perhaps irrational, yet powerful suspicion that a big revelation is indeed in the post. Unlike various other countries, Britain has hitherto managed to escape the trauma of one of its most nationally treasured household names being revealed as a cheat. Linford Christie’s second failed test came two years after his retirement, and Dwain Chambers wasn’t big enough.

That was then. The fall of any idol would be felt far more acutely now, at a time when so many of the stories Britain has enjoyed telling itself seem to be hanging by a thread. Discovering one of our major sporting heroes wasn’t what we thought they were would feel, well, a bit … Brexitty, perhaps.

For those who believe that Britain is suddenly about to be found out on all sorts of fronts, there would be a certain narrative cohesion to athletic virtue being yet another one of those.

Across the board, a nation that has been getting away with it for a long time may be about to rub up against a reckoning. I suspect sporting rectitude may be a part of all that, so perhaps one-eyed fans should enjoy their booing while they still can.

The spirit of our times feels best summed up in that old line about how you go bankrupt: slowly, and then all at once.