Will Haney fight or duck Fortuna?

Devin Haney will very likely celebrate his 21st birthday before terms are finalized for his next title challenge.

It’s not that the contender in waiting, Javier Fortuna isn’t interested in the fight. Rather, the concern is at what pace their talks will progress ahead of their ordered lightweight title fight heading to a purse bid. 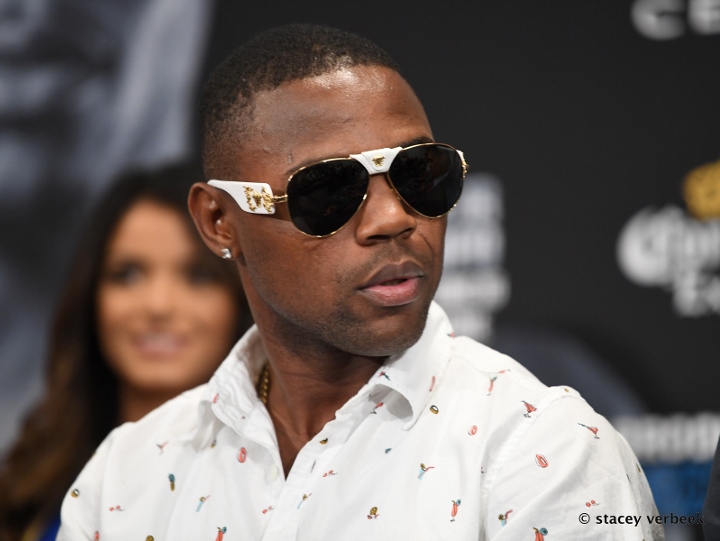 Fortuna’s side have acknowledged receiving an offer from Eddie Hearn, Haney’s co-promoter (along with Haney’s own Devin Haney Promotions) who hopes to stage such the World Boxing Council (WBC)-ordered lightweight title fight in the California Bay Area, where Haney (24-0, 15KOs) was born and raised before relocating to Las Vegas, Nevada.

Getting to that point will require either the two sides coming to terms in the next 30 days, or else securing the rights to the fight through a formal purse bid hearing, which is slated for mid-December 13 at WBC headquarters in Mexico City, Mexico.

So far, Fortuna’s team is already anticipating a bidding war in a WBC board room.

“The easiest way to get out of the fight is to submit lowball offers, which is where we are so far,” insists Lewkowicz.

“This guy is (turning 21 on Nov. 17), and he’s already calling himself the future of boxing, the next Floyd Mayweather.

“If you are going to call yourself that, you have to prove it. He hasn’t fought anyone to earn that. So now, he has to fight his mandatory.”

The former two-division titlist from Dominican Republic — who now trains out of the greater Boston area — benefited from the rankings upgrade after Haney was named WBC full titlist upon previous claimant Vasiliy Lomachenko ‘relinquishing’ the belt in exchange for the sanctioning body’s “Franchise champion” label.

Shortly after his win came the official order from the WBC for the two camps to begin negotiations, as previously reported by BoxingScene.com.

Such matchup will mark Fortuna’s first title fight since dropping a tightly contested 12-round decision to then unbeaten Robert Easter Jr., although having missed weight and thus was not eligible to win the lightweight title at stake in their Jan. 2018 clash.

A shocking knockout loss to Jason Sosa in June 2016 ended his 130-pound title reign after just 13 months, with his aforementioned defeat to Easter marking his lone setback in his last eight starts.

The win over Cuellar was his second straight, having outpointed Sharif Bogere this past February. The 30-year old Dominican southpaw will serve as the betting underdog for a fight with Haney, although his team is confident he’ll have an easier time in the ring than in putting the fight together.

“The most difficult part of this fight for us, will be negotiating with Eddie Hearn,” claims Lewkowicz.