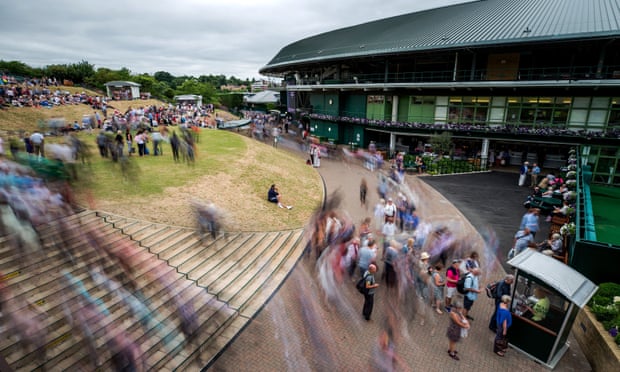 An investigation into the possibility that a match at Wimbledon was subject to match-fixing is not connected to any of the retirements that took place during the tournament.

The London-based Tennis Integrity Unit announced on Wednesday that it is looking into alerts over unusual betting patterns involving one match at theFrench Open and three at Wimbledon, two of them in the qualifying tournament at Roehampton and one in the main draw at the All England Club.

Wimbledon was marred by 10 early retirements in the men’s singles and two in the women’s, sparking debate about whether injured players were working the system by collecting their appearance fees before withdrawing with a physical ailment. However it is understood the alerts were not raised by any suspicions about those injuries, while no British players are thought to be under investigation.

The TIU’s announcement should not be seen as proof that corruption took place in the two most recent grand slams, with the organisation confident the reported incidents are of low concern. While it will assess and review the evidence before ruling on further action, it pointed out that unusual betting patterns are not in themselves evidence of match-fixing and can be due to a number of other factors, such as incorrect odds-setting, well-informed betting, player fitness, fatigue and form, playing conditions and personal circumstances.

It receives information about possible match-fixing from betting companies and regulators monitoring betting patterns during matches and is obliged to investigate whenever a red flag is raised.

However, those alerts merely serve as indicators that something inappropriate might have happened, while corruption within the sport is usually discovered well below grand-slam level. For instance, earlier this month the TIU announced the provisional suspension of Isaac Frost, a 28-year-old Australian whose most recently held ranking was 1,498.

The TIU said 40 of 53 alerts received were for matches played on the lower-level men’s ATP Challenger and ITF Futures circuits. Three were on the men’s ATP Tour, one on the women’s WTA Tour and five on the ITF women’s circuit. Where analysis of a match alert does suggest corrupt activity, the TIU’s next step is to conduct a full investigation. During the April-June period, 31,281 professional matches were played.

The cumulative six-month match alert figure was 83, compared with 121 received for the same period in 2016.