Young England zoned in on the ultimate

BIRTHDAY boy Ashley Young says England did not celebrate beating Sweden because their eyes are on an even bigger prize.

The full-back turned 33 today and is oldest member of Gareth Southgate‘s young group that have the nation believing they could go all the way in Russia.

But the Manchester United man says celebrations are on hold – just as they were afterthe comfortable 2-0 quarter-final win against Sweden.

Young said: “We haven’t won anything yet so there’s no point in celebrating.

“It was nice to get the victory but I think the celebrations were muted because there’s still big games to come up.

“There’s still a lot to play for. I’ve said all along that the team spirit we have got here has been fantastic and I think you see that in the way we celebrate after a game.

“We get ourselves back to the hotel, recover, prepare the right way and go for the next game.”

Young is now hoping to end the holiday of a lifetime with a World Cup winners’ medal.

England face Croatia on Wednesday for a place in Sunday’s final at the Luzhniki Stadium.

The Three Lions’ journey to their first World Cup semi-final in 28 years has captivated a nation and is born of the group’s unique bond.

Describing the atmosphere at their Repino base, Young said: “I think not just the players but the staff behind the scenes, making the hotel feel like you are at home – pictures of family in rooms, things to do in the hotel.

“If you said to any player that we were going to be together for seven weeks, there was a lot of talk of being bored, but it’s not like that at all.

“It’s felt like a good holiday we’ve been on, and we’re enjoying every moment of it. No boredom at all.

“Everyone gets on well and if you’ve got that off the pitch you can take that onto the pitch. Fans, staff, players, everyone can see how well we click together.

“I think it is one of them things as a kid that you always dream of playing in a World Cup and you dream of winning the World Cup. 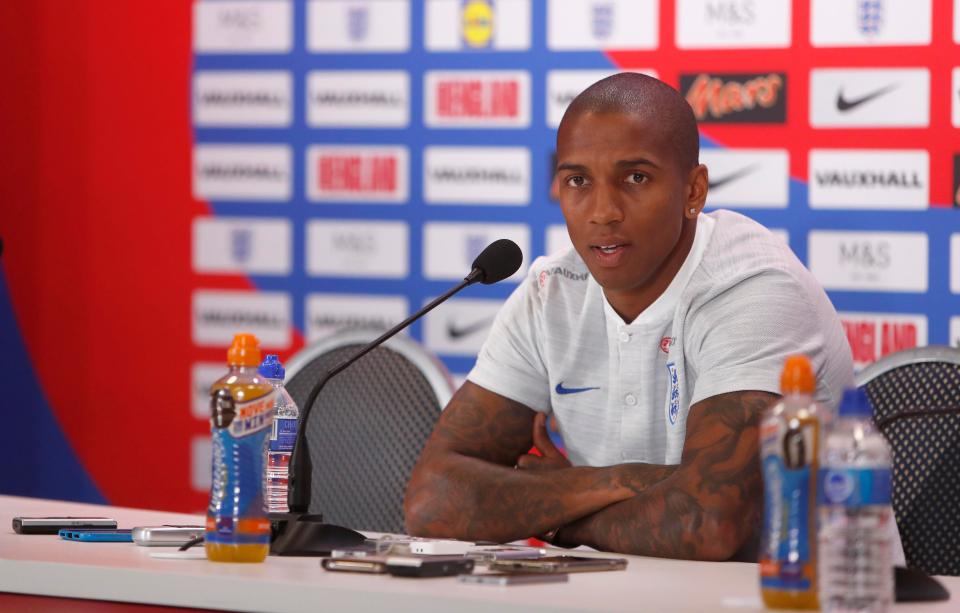 “But we are not going to get too far ahead of ourselves and get carried away. The boys’ feet are on the ground and everyone is pulling in the same way.”

If Young is to get there then the Three Lions must first find a way past Luka Modric and Co.

Young added: “Croatia are a very good team. They are not in the semi-final for no reason. Obviously, we’ve got to be prepared for them.

“They have the likes of Luka Modric in the team – he’s a fantastic player – but they have other players around the squad that are going to be difficult opponents.